This woman looks like she could use some protein! She wasted her time researching the effect of meat on meat-eating males? The world is in turmoil, people are being murdered, countries are being attacked and she wants to limit meat to make ‘everything all right’ to her limited world view?

My husband has been a career Librarian. My daughter has been a Library Aide for almost three years now. A good friend of the family not only works  in a library, she is working towards her Master’s in Library Science. A friend of my older daughter earned his degree in library science. Given the history, is it any wonder that Marcella, our cat, has taken up the vocation? 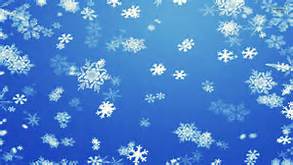 When I was growing up, I was always told by my mother that physical confrontations weren’t a sign of strength but evidence of a lack of intelligence. She said that when someone lashes out with their fists, it’s usually because they don’t have the brain power to make a substantive reply. A look at what is going on in the world around us today reveals that the bully tactic is in full play with very little brain power behind it.

During the recent presidential campaign, the Democratic supporters resorted to violence at President Trump’s rallies instead of concentrating on supporting their own candidate. All it took was the sighting of a Trump hat to set them off to physically assault people who were just exercising their right to have a say in the election results.

The college students are spending more time being incensed by reality and taking it out in physical violence and destruction of property. They are being subsidized by loving parents in order to attend institutions of higher learning while degrading themselves with revolting language, inciting destruction of property and beating up any opposition. Of course, when confronted, they always have their safe spaces and hot cocoa waiting.

Whenever a speaker is invited to a campus, these days, if the ‘children’ don’t approve, they burn down college buildings, destroy property, and threaten the speaker. Actually, I think they either do not understand what the speaker might represent or are afraid he/she might be using words to argue that might strain the limitations of their brains. Instinctively, they may be concerned they will learn something which would mess up their angry mind set.

Even many of the professors egg the students on with biased pieces of education and give them their view of the world which they must adhere to in order to pass the class.

Seems to me that when manners fled the world and four-letter words became every day vocabulary, it blunted the brain waves and opened up empty heads to violent reactions in response to concepts they couldn’t understand.

In case you have ever wondered about what is being taught the students of the last generation, this should answer that for the most part quite easily . . . Nothing.

Just in case the United States is not successful in bringing down the country through excessive political correctness, with restrictions on our right to free speech, promoting the welfare state, and allowing political criminals free rein of the country, they have now decided in many places of ‘education’ to downplay achievement. If all else fails of their blighted agendas, this one is going to insure we raise and graduate a generation of non-achievers.

The latest change to education is to not praise or acknowledge student achievement. Why? They don’t want to hurt of feelings of students who don’t want to put forth the effort to excel and it makes them want to search for their ‘safe space’ where feelings are everything and learning is secondary.

When I was in first grade, I discovered the freedom of being away from home for the day and took the time to experience recess to the fullest and schoolwork not so much. Then I noticed that my attempts at writing were not getting pinned on the honor board and awards for perfect homework papers weren’t coming my way. Was I embarrassed? Very much so. Did I sit back and let the emotions this allowed to surface in my six-year-old heart have me finding a ‘safe place’ in the classroom where I knew people would soon notice my angst and comfort me? No, I started doing my homework and grinned from ear to ear whenever my perfect homework paper was add to the ‘best work’ board for the day.

The psychological powers that be seem to be turning even the every day classroom into a sort of socialist system where everyone is going to be the same and the ones that ‘dare’ to excel have to share the limelight with everyone even if the work and effort wasn’t equal.

I have to wonder at what kind of caliber of professional the educational system will be turning out after graduation these days. Classes seem to deal with more of ‘how do I feel about this’ than memorizing what is needed to progress to the next step. Do you want to travel in a plane with a student who spent more time in having his feelings respected than was given the grade he or she deserved in order to pass or fail the course. Do you want teachers who just pass students on to avoid all the controversy with dealing with parents who are upset because not everyone got a trophy.

Now, the colleges are banning the Honor Society stole at graduation as it makes the less scholastically inclined feel bad. And no Valedictorian speeches at graduations as the ones who didn’t work towards achieving the honor probably don’t want to look bad in front of parents and relatives at graduation. Feelings need to be considered not hard work.

Not everyone realistically wants to excel to these levels in school. I’ve been to college and knew students who were there to get in, earn a good enough grade and get on with life. Others worked extra hard to do a bit better. And, there were always students who were inspired to work harder when they realized the perks of a little hard work. What happens now?

The year before I finished twelfth grade, I started mailing out inquiries for brochures on various colleges I was interested in possibly attending. It was exciting to get mail and read about all the interesting classes that fit into my plans for life. I remember staying up late, one evening, excitedly reading about one college in particular. It offered all the classes I wasted plus many I had never thought about. I was especially excited about the junior year where the students would study in Europe. I was enthralled at the possibilities and actually ran downstairs to tell my mother about it. Well, in my enthusiasm, I didn’t note the late hour and woke my mother up. She, however, carefully listened to what I had to say and then burst my bubble with, “There is no way we can afford this for you.” I trudged back upstairs to bed and that was that. Even working during the summer wasn’t going to make this possible. Fortunately, my high school had an excellent student counselor who took note of my good grades and strongly suggested I enroll in the community college and then see how things go. I just made the deadline for enrolling, my summer wages covered the cost of books and the tuition was reasonable.

Meanwhile, a relative made fun of me for not getting into a four-year college. Following my graduation, she graduated from her own high school and insisted her parents send her to a four-year college in the area. Since she chose a state college, the parents managed with some difficulty to cover her expenses. When she hit her junior year in college, she wanted to study in Europe and her mother gently told her that it would be a severe strain on the budget. The young lady applied, unbeknownst to her mother and was accepted. The parents gave in so as not to disappoint her, and she went off to Europe for a year. I observed how the parents struggled while she was away to make sure she got regular care packages and spending money even though they went without.

Meanwhile, things got tight at my house and I cashed in my credits earned to date in college, got my AA degree, and got a job. When the relative came home from her stint in Europe, she liked to make fun of my ‘lack of education’ and told people I had only gone to college to find a man and when that didn’t workout, I got a job.

Ten years past college found us both working in similar jobs making about the same pay. She was constantly in debt with maxed out credit cards. I saved up my salary and went to Europe almost annually. Shows was a ‘little’ education can do for one, right?

When I hear about the current students march to demand so many free perks in life including totally free college education, I remember my time in college. Nothing was free and if you wanted it, you worked for it. If parents were able to help, that was a bonus but wasn’t a perquisite for doing so. As in the case of the relative, demanding and getting what she wanted when she wanted it didn’t do her well in the long run. Free education for all will fill the colleges with eventual malcontents who would never figure out from where their blessings come. They are the product of a society that has become afraid to discipline or be straight forward with their children and teachers who give everyone a reward in a contest so there are no hurt feelings. It’s putting self-esteem ahead of reality and calling in counselors every time someone stubs their toe so no one has to deal with the real problems in life and learn from them.

I don’t see this relative anymore which is fine with me. Real family doesn’t always have to be related by blood. My last conversation with her she was bemoaning the champagne tastes of her children which kept her maxing out her credit cards, saying, “What can I do? I just don’t want them to lack for anything like I did growing up!”