“Every sin against sexual morality is an attack upon the stability, the goodness, and the beauty of a society. Every such sin ultimately has a child for its victim.” Anthony Esolen

The problems of the world are there for us to see. Some of us are affected more than others but the daily news brings us all closer to the reality of a generation on a downward spiral. We need a positive thought to offset the negative. And I think I have found it. We need a negative to bring back the positive!

Upon reflection, the answer is in the hands of the females of the world. Yes, I think a lot of what is wrong can be righted by women taking a firm stand with using only one, simple word. The word NO! There is so much of a positive nature that can be accomplished with a negative – a NO.

“The word yes brings trouble, the word no leads to no evil.” Arabic Proverb
The ‘me generation’ could be turned around if there were stronger parents, especially mothers, who would, could, and should say NO more than they do.
Unmarried mothers are at an all-time high. One guess who could have prevented the problem with a heartfelt NO. And where does the ‘positive negativity’ begin? With a mother willing to not only say NO but to give a good example by living with the same rules of life she expects from her children.
The world takes advantage of women because so many women are anxious to be part of the workplace, one of the ‘guys’, They say yes when NO would have taken them along a better path in life.

The fashion moguls dictate scanty outfits, immodesty, and generally ugly fashions. Women must be either brainwashed or afraid to say NO because they go along with the current lack of dress code and self-esteem.
Women want respect yet lower their standards instead of saying NO. Many females bemoan the baring covers of supposedly classy magazines that reveal everything but good taste. Obviously not enough NO’s as they all stay in business. Where would all the popular swimsuit editions be if the stars would object and refuse to pose?

The world doesn’t shape our thoughts, words, and desires. We shape the world either by our active participation or lack of interest in making a change. We can do something and the world changes or we can do nothing and the world will change regardless, but probably not to its betterment.
Why are women calling themselves liberated when they are such slaves to what everyone else thinks and what everyone else does or dictates? Where is the liberation in being the same? We have become such a cookie cutter society. How many times have you seen a chubby woman squeezed into spandex because that is the fashion? What had she done with her liberated right to say NO, and to wear something becoming to her?

Why are so many women forsaking their purity because they are told it doesn’t matter, it is an antiquated notion? The Ten Commandments are pretty old, too. I haven’t heard that God had rewritten them lately. Again, another big NO would save a lot of sin and sorrow.

It is heartbreaking to think of the responsibility we, women have shunned by our silence. Can you imagine the changes in the world if each and every woman on earth began tomorrow with a NO to the sins to which the world wants us to say yes?

“One half the troubles of this life can be traced to saying yes too quick, and not saying no soon enough.” Josh Billings

” The regime of moral relativism launched by Amoris Laetita slouches towards its Gomorrah.” — Matthew Hoffman 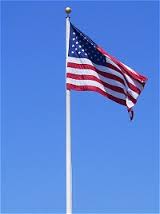 One of the news stories coming from President Trump’s recent trip to China dealt with the three American athletes who had been apprehended by the Chinese authorities for shoplifting from two or three stores in China. By the time the President was in China, the three young men were on house arrest and facing the possibility of ten years in prison for their crime. President Trump appealed to the President of China on their behalf and within a day of discussion, the three young men were on a plane home.

Although each of the three athletes thanked President Trump in their news conference, to me, it sounded rather robotic and insincere. Since the public ‘thank you’, one player’s father came out saying his family had no reason to be grateful to the president, saying, “Who? What was he over there for? Don’t tell me nothing. Everybody wants to make it seem like he helped me out.”

Then he elaborated: “As long as my boy’s back here, I’m fine. I’m happy with how things were handled. A lot of people like to say a lot of things that they thought happened over there. Like I told him, “They try to make a big deal out of nothing sometimes.” I’m from L.A. I’ve seen a lot worse things happen than a guy taking some glasses. My son has built up enough character that one bad decision doesn’t define him. Now if you can go back and say when he was 12 years old he was shoplifting and stealing cars and going wild, then that’s a different thing. Everybody gets stuck on the negativity of some things, and they get stuck on them too long. That’s not me. I handle what’s going on, and then we go from there.”

If President Trump hadn’t intervened and his son was sent to a Chinese prison for ten years, I wonder how soon this parent would have asked (probably demanded!) help for his erring son. His remarks certainly reveal how the moral compass is working in the world today. Those three boys were representing America and they disgraced themselves and our country. In spite of that, President Trump didn’t want to leave American citizens in a foreign prison and worked to have them released and sent home. Sounds to me like this one, particular father is stuck on negativity himself in disrespecting the President.

Deep sigh listening to the readings at Mass this morning. It was on Maccabees relating to the widow and her sons that had rather face a tortured death than eat pork which was against their religion. Father explained that in today’s world, we would wonder about how important eating or not eating pork would really be. Father said it was their Jewish faith of long standing and the rules and laws of their religion meant something important to them. To break any of the laws, even that of eating pork would be like a ‘death’ to their soul. Guess with the past two elections, a lot of Catholics took their political party a lot more seriously than possibly following all the dictates of our religion. Praying that in this historical election coming up, they think twice on their vote and leave Hillary in the dust and vote for the party that has more concern for the unborn. The last two elections got obama into office with over 50% of the Catholic vote. Should be interesting on Election Day to find out how many Catholics decided to eat the ‘pork’ again this time around and leave some laws of their faith in the dust.