Charity Hospital run by the sisters of Charity in New Orleans, along with the Upjohn company developed the plasma system in the 1930’s that saved so many lives in WWII, Korea, Vietnam and in the middle east now.
During the Civil War most of the nurses were nuns.

When the Catholic Church was founded, there were no hospitals. Today, one out of five people in this country receive their medical care at a Catholic hospital..

Every day, the Catholic Church feeds, clothes, shelters and educates more people than any other organization in the world.

The new Obama Health Mandate could end all this and the tax payers would have to make up the loss.

Also, all Catholic adoption services will come to an end… a human disaster.

I am asking all of you to go to the polls in 2016 and be united in replacing all Senators and Congressional Representatives with someone who will respect the Catholic Church, all Christians, and all Religions.

Mr. President, you said, “The USA is not a Christian Nation”. You are wrong – we are a Christian Nation founded on Judeo-Christian values allowing all religions in America to worship and practice freely….
something that Islam will never do.

Oh, by the way, on MUSLIM HERITAGE IN America …. Have you ever been to a Muslim hospital, heard a Muslim orchestra, seen a Muslim band march in a parade, know of a Muslim charity, ever seen Muslims shaking hands with a Muslim Girl Scout, or ever seen a Muslim Candy Striper volunteering in a hospital?

One more note – most every church or synagogue I have ever been in the United States, I have always seen an American flag.

No mosque in the United States carries an American flag.

Many people, including well-educated seemingly thoughtful people are lining up behind Bernie Sanders. The youth of today are captivated by him. Do they really know and understand what he is offering the country if he actually wins the White House? Have any of them ever studied economics without a liberal slant? There will be a lot of surprises with a President Bernie Sanders and a lot of shocked people . . . only by that time, it could be too late. Mr. Sanders has a few ideas he wants to incorporate into the United States way of living.

The most popular one is free college. Doesn’t that sound amazing? Just walk in and start learning and not worry about the finances? However, whenever any thing is free, there always has to be someone paying for it. You can’t do math without a plus and minus equation in the figuring. You give to one column, something has to come out of another column. Let’s see. . . . Yeah! Let’s raise the taxes on everyone to pay for all this. The trouble is that not everyone is bringing in an income these days so the weight of the taxes will fall on the shoulders of people already struggling under this payday deduction from their hard-earned salary. According to an estimate by US News, Bernie’s free college would cost taxpayers $70 billion every year and that would probably go up more and more as the years go by.

Single-payer medical insurance/health care seems so easy except it gives the powers that be in the government total involvement in your personal healthcare choices and needs. It could mean that some people might not get the care they need if the government doesn’t sanction it and lines for medical care could be long and appointments few and far between. This would add trillions of dollars to our already massive national debt. More money allotted but less care as, again, this would come from the taxpayers income.

Mr. Sanders would like to see socialism replace capitalism and free enterprise. No matter what you earn, everyone shares and shares alike. Again, those who are not working will do as well as those putting in the 40-hour plus work weeks . . . so why should the hard workers continue when they could get the same for idleness?

Raising the minimum wage is on Sander’s agenda, too. Why not? It’s not his money that is being spent. Already, we have seen what happens when the minimum raise goes up . . . employers cut back on staff or even close down their business effectively putting more people on unemployment and, down the road, welfare. Minimum wage earners have traditionally been people going for their first job. Now, if the inexperienced work staff is being paid what others have worked years to earn, how is that going to work? And in order to get their money’s work out of their employers, they will be more likely to hire experienced people that will actually earn the higher salary.

Wealth redistribution is a much-desired accomplishment by the socialistic mind set. This is often touted more strongly by the Democrats. Seems, however, there are more millionaire Democrats in office than Republicans. Has it escaped their notice that their money could be involved in this exchange of wealth? In order to realize his dream, however, Sanders is promising many government controlled programs that would result in massive tax increases as well as ‘taking from the rich and giving to the poor’ sort of agenda. Seems socialists and have nots would rather target the people earning the money and gaining wealth through their own hard work than take the initiative and work for their own goals. Making money is seen as greed and such actions could cost millions to lose their home, life savings, and jobs.

And to make sure that none of us get out of this life unscathed by his socialist policies, he is giving the estate tax a huge raise. Nothing like working your whole life to provide for your family only to have them lose a good amount of it when you die just because you earned and saved your money.

The lack of practical education in our schools is coming to light more and more. Young people are drawn to Bernie Sanders because his agenda seems
‘easy’ and ‘fair’. After all, their parents have been footing their bills for years so why not rich people by way of government taxing. It might become a harsh reality when these same young people face the job shortage, low-paying work, and find out that they will be massively contributing to all the ‘free stuff’ offered and realize that even with taxation at horrendous amounts, there still won’t be enough to be ‘fair’. Hey, you take prayer out of the schools, many might find they don’t have a prayer. 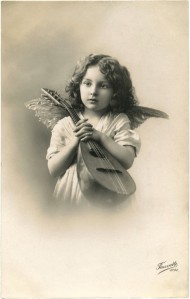 Judgement Day should be interesting. I’m sure we are all in for a few surprises! During the last eight years, thousands of babies were aborted with the help of our president’s pen. I can see Christ returning, flanked on either side with the baby souls that were not allowed a chance at life. And Catholics will stand there and bemoan the fact that someone like the president of the greatest country in the world, did absolutely nothing to protect life. Sad, isn’t it?

But, midst the mourning Catholics on that imagined Last Day, will be the ones who actually voted in the Culture of Death – not once but twice. Unless there was an epidemic of invincible ignorance, Catholics, at least fifty percent of them, reconfirmed their backing for the anti-life agenda with their vote. As Catholics, we represented more than one vote and more than one chance to possibly save unborn lives and only half of us took it seriously. The tears our Blessed Mother must shed for the United States of America!

It is interesting to note that there are three conditions to be met in order to commit a mortal sin. These conditions are: 1.) A grave matter; 2.) The full cooperation of your free will; 3.) Full knowledge of the seriousness of the matter. How can a Catholic rationalize voting for someone who, by his own admission, was for abortion? If you voted responsibly, you had to know this. Condoning and voting for a candidate that is for abortion, makes you an accessory after the crime . . . doesn’t it?

“But there are other issues at stake . . .” When will people wake up and realize that majority doesn’t make right? What can be more important than the moral issue of the God given right to life? In the Face of Eternity, will you be ultimately be judged on how you protected the amount of your Social Security check, your job security or your economic life style? Will it matter at that point? Will you be able to face the souls of the unborn a reckless vote murdered before their time? If we care so much for the little guy, why did fifty percent of the Catholics vote in favor of the candidate promoting the killing of the littlest of all?

How many times have you heard the tired view point that thinks that as a legal matter, it is all right to vote pro-choice? And the justification that we need to build a society where the need for abortion is reduced? And how there are so many more important issues at stake? You can’t build an honorable society with a foundation of dead pre-born. You won’t get the violence out of the world until we treat the weakest as our strength. The next presidential election is 2017. How will your vote go this time?

“Woe unto them that call evil good, and good evil; that put darkness for light and light for darkness; that put bitter for sweet, and sweet for bitter!” (Isaiah 5:20)