The saddest day of December 26h, to me, are all the discarded Christmas trees lining the curbs. Frankly, I can understand this as they are all dry and probably fire hazards . . . because many of them have been in place soon after Thanksgiving dishes were washed and put away. How lacking is a holiday putting the culmination of the Christmas event so far ahead of the goal. The decorations and outside lights have been up for weeks. Where is the anticipation of Christmas if so much of it appears before we have even made our way through Advent? And, now, Christmas is considered over and done for 2015 and we will probably start seeing Valentine candy in the stores within the week.

My mother was raised in Germany and their custom was that no child would even see a Christmas Tree until Midnight on Christmas Eve. The doors to the place where the tree would be were closed to excited children while they heard interesting sounds and rustlings going on behind closed doors. At midnight, the doors would open to reveal a tree sparkling with tinsel and candles. In my mother’s home, she had a few minutes to take in the glory and it was then off to Midnight Mass with excitement in the heart for the late night out, the beauty of the Christmas Mass, and a few thoughts about what would be under the tree when she got home.

Christmas continued from the 25th until January Sixth when the Three Kings paid an overnight visit and let some treats in her shoes to find in the morning. Between the 25th and and January Sixth was filled with visiting, tasty coffee parties, meeting up with friends, and exchanging gifts. December 25th was the beginning of Christmas not the end of a hectic holiday season.

It has been a busy couple of weeks so my husband was very unhappy that he forgot to get me some token of the day for Easter. I don’t eat chocolate or sweets which makes that a bit difficult for him even if he had remembered. This morning, he headed off to work only to show up at home about 20 minutes later. Having a Costco nearby helped out with his belated plans and I received two, large bouquets of flowers. Hey, I don’t care what day I get flowers as any day I get them, is a special day!

This is a beautiful story not only for the content of the day that was spent but all the people who made it happen in a very special way. That’s all I’m telling you. Read it yourself or miss out on a great story in the life of a young man. 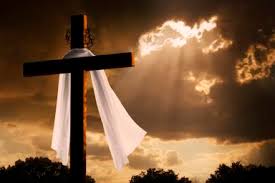 “The morn has spread her crimson rays,
When rang the skies with shouts of praise;
Earth joined the joyful hymn to swell,
That brought despair to vanquished hell.
With Christ we died, with Christ we rose,
When at the font His name we chose;
Oh, let not sin our robes defile,
And turn to grief the Paschal smile.”
(Roman Breviary, Easter 5th century)