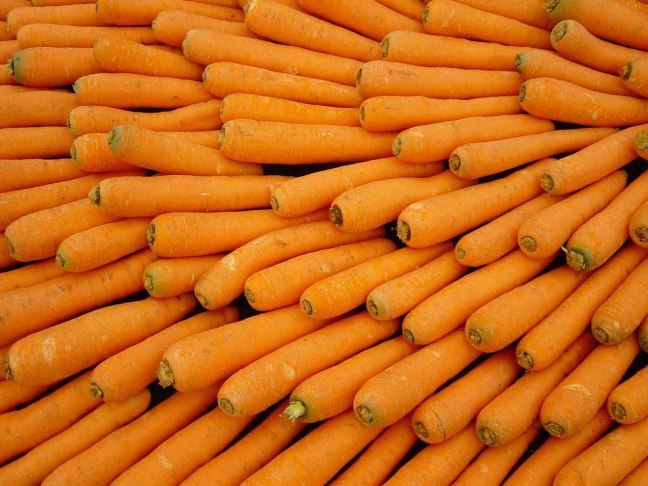 When my children were in their formative years, ur budget was such that getting ten pounds of carrots for under three dollars made them a fixture on my weekly shopping list. Unfortunately, my children didn’t sympathize with me on this aspect of saving money. I had several unsuccessful attempts in disguising carrots at mealtimes. My children had radar when it came to sensing a carrot in their vicinity. I am sharing my failures with you so you can avoid the same dinner-time pitfalls. For some reason, they just didn’t work.

1. I tried passing off steamed carrots as hot dogs. One attempt at the subterfuge and relish and ketchup were never applied after that until the children tested the contents of the bun on both the dog and cat.

2. I tried something trendy. I told them it was orange sherbert but the unsuccessfully pureed carrot bumps cued them in.

3. Mixed mashed carrots into their liver and they still wouldn’t eat it!

4. Told them it was actually hashed, orange rutabagas, not carrots. They threatened to call 911.

5. Painted red stripes on carrots and put them into their Christmas stockings. Told them Santa left the candy canes. You don’t want to know.

7. Found a recipe for ground carrots and cottage cheese that was suppose to fry up ‘just like a hamburger patty’. My children’s first question was, “Mom, why are you frying cottage cheese and carrots?”

8. Told them they couldn’t have dessert unless they ate all their carrots at dinner. Almost had a mutiny when they discovered dessert was Carrot Cake.

9. Told them they weren’t carrots but odd-colored zucchini. Actually refused to believe me!

10. Chopped up the carrots into cubes and told them it was tofu in their stir fry.