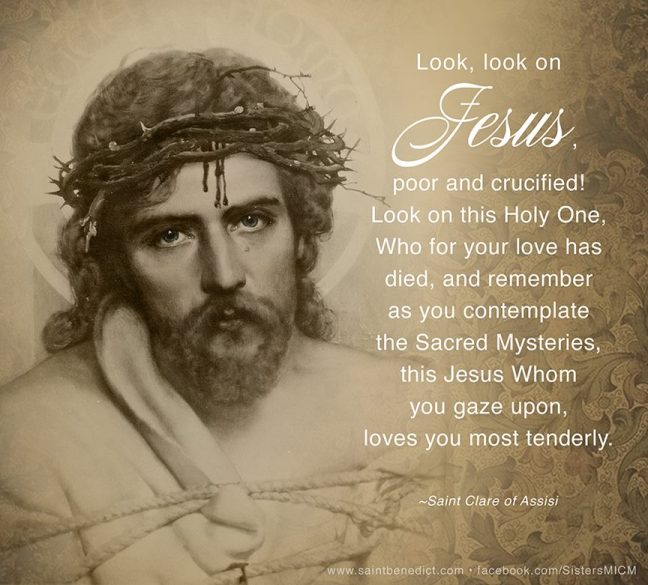 Since all the interesting changes have come down the line in the Catholic Church since the 1960’s, many of us stiff-necked aka conservative Catholics are always trying to find a Mass where we can enjoy the spirituality of the Mass and sacraments without the entertainment factor. Sad to say, many people remain a Catholic by attending Sunday Mass and living the rest of the week on their own terms. Some priests seem to think that in order to keep these Catholics coming to Church, they have to come down to their level of entertainment value. God is in heaven and we are on earth so I always felt it was up to each of us to reach up to Him and not drag Him down into our human interpretation of what is holy and what keeps our interest.

A good friend of mine has been trying to find a parish with a Mass where she can, well, pray with dignity and reverence. She thought she might have found it this past Sunday. Well, I will let her tell the story here!

In other news…as happy as we have been back at our “home” parish for the past (almost) 3 years, this morning blew everything right out of the water. Before even praying the Opening Prayer, Father walked to the front of the altar and explained to the congregation that he holds his hands out in the Orans position but he should not be the only one doing it. He said that if we hold our hands closed in front of us, we are closing ourselves off to the Holy Spirit being able to work in our hearts. He insisted that everyone open their arms in the Orans position before praying… My daughter and I did NOT do it and he stared me down several times during Mass because of it. He also “invited” everyone to open their hands in prayer at least 3 other times and both my daughter and I refused…mind you, we sit in the 2nd row with no one in front of us so we were easily seen by all. He tried to make eye contact with me multiple times while our Deacon was looking at me, my face turning red in anger and disgust… I would have loved for him to confront me after Mass but we bolted out the door as soon as humanly possible (the minute they walked past us…and normally, I am there until the final chord of the closing song!).

This was not all… his entire homily was in praise of the Baptist minister who preached at the royal wedding. Then he started to roam around in front of the altar when, all of a sudden, after mentioning the Gospel choir at the wedding, he started singing “This Little Light of Mine” and it went around three times while everyone in the church joined in, hands clapping, music ministry playing guitars and the piano, etc., before ending in people shouting “Amen!” or “Alleluia” or “Praise Jesus!” as if we were at a Baptist revival and not a Catholic Mass. I checked the front of the church to make sure the Tabernacle was still there and It was…so I was more than a little confused!

Every time he talked about “opening hands” in prayer, I wanted to grab my child and run out the door. I held myself there with the help of my Guardian Angel as I kept reminding myself that it is Holy Mass no matter if the priest is wrong and that it is Jesus Who will feed and bless me/us, not this mere mortal who was preaching heresy. I toyed with leaving immediately after receiving Communion but decided that was not the right way to go either so we were going to stick it out until the final blessing. Imagine my disgust when, right after the Deacon sat down after Communion and clearing the altar, Father again started singing “This Little Light of Mine” and, this time, a couple of women near the front stood up while they were clapping which then had everyone around us standing up. We were the last 2 people to stand up in the entire church … but all those around us were clapping, hands waving in the air, singing at the top of their lungs, while Father interjected, “Come, Holy Spirit!” and “Praise You, Jesus” and “Amen, Lord!” and things like that. I could not get out of their fast enough!

Only in videos have I seen more horrifying things happen at Masses…this was the most mind bending, stressful and disgusting display I have ever been a witness to and I am now back at square one of what to do next weekend. I can tell you that my plan to attend a couple of daily Masses there this week went right down the toilet. My mind is still totally confused by what all happened today!

My friend said she was going to attend the same church next week and see if this was an aberration or if this parish should be put off her list until further notice. She does, however, plan on sitting near the back of the church for a quick escape and search for another parish for Mass if necessary.

3 thoughts on “Pastoral Styling of the Catholic Mass”