Fresh is a feisty stray cat we were adopted by six years ago. She allows herself to be brushed or petted buy you had better know the signs when she has had enough because going beyond the point of no return earns you a scratch or two as she stalks off. Where the other cats will happily chase the laser spot as long as you will play with them, Fresh wants to KILL it.

The other day, I gave her a favorite toy . . . a wide, fat rubber band. She will happily attempt it’s demise for ten or fifteen minutes before you loses interest. For some reason, I thought it might be more fun for her if I knotted two rubber bands together so she would have a better hold on them. She, indeed, enjoyed the new and improved ‘toy’ and was happily chasing it around and chewing on it. I went about my housework and when I came back to the kitchen about ten minutes later, Fresh was gone but the rubber bands were no longer knotted together. They were again two separate rubber bands sitting side by side on the floor. My daughter came in and when I told her, she said, “We had better be really, really nice to that cat from now on!” I said we might consider locking our bedroom doors, too, and she responded with, “I don’t that that would stop this cat, Mom!”

Today, Fresh was getting into things and annoying the other cats so I knotted her another set of rubber bands . . . ten minutes later, they were separated. Okay, I figured the first time was just a fluke and was willing the think the second was just luck. I knotted her rubber bands together, again, but even tighter . . . It took her less than five minutes. 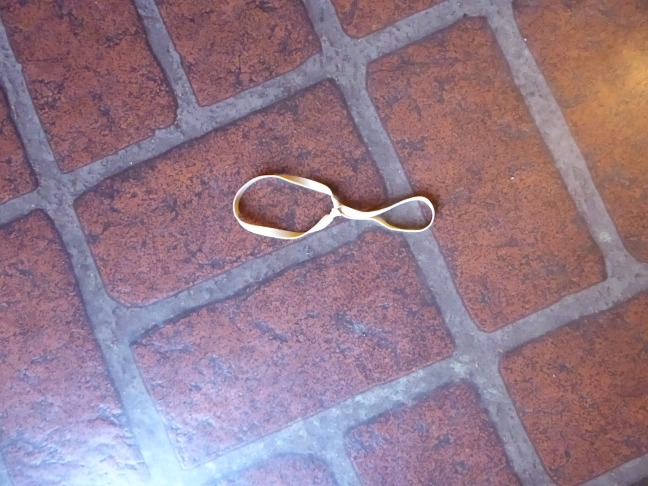 2 thoughts on “Fresh the Cat”